This article is also published in Robert Ouellette's "Reading Toronto":

The "urbeach", located at Dundas Square

A collection of pictures and documentation of Dundas Square, as an "urban beach", at the heart of downtown Toronto.

I created this page as a tribute to the creative genius of Brown and Storey Architects, and Dan Euser

History of my interest in "urbeaches"

A while ago, we built an urban beach (sunbathing and waterplay area, etc., with an industrial aesthetic) on our roof, but then we found a bigger and better example of what we've been calling an "urbeach"...

Montrealers have often said that Toronto is a city of bankers, devoid of (mont)real playfulness and any truly fun or spirited art and culture.

But that was before ``The Heart of the City'' was created. And it says something wonderful about this city when the main centerpiece at the ``Heart of the City'' (Dundas Square) is a splashpad peppered with 600 ground nozzles that rise and fall in a playfully teasing way, that fills us with youthful energy, whether we choose to frolic in the water, or just sit and read our newspaper near the Fountain of Youth.

It certainly changes the image of the city, from one of mundane banking details, to one that's a fun and playful epicenter of art and culture.

The mathematical beauty of the regular lattice of periodic tiles is a stroke of architectural genius. Every seventh tile is made of a slightly different texture, and interleaves with the 5-tile periodicity of the two rows of ten fountains, spaced 5 tiles apart.

Slabs are approx. 35inches by 35inches (square), period is 5 slabs; stagger between fountains is 2 slabs, then 3 slabs.

The Square is square, except for a triangle part cut off the north end of the Square, where the hypotenuse ("H" in the diagram below) sits:

The hypotenuse features a raised cement structure, on eleven cement pillars, that beautifully mimics the raw industrial aesthetic of of the Gardiner Expressway, using the same kind of cement pillars that are used to support automotive overpasses. This structure houses the vendors, the parking entrance, and washroom/changeroom entrances. By blending this automotive aesthetic at the busy street intersection, the urbeach welcomes the rhythym of traffic as part of its downtown look and feel.

The wonderfully raw cement and steel space creates a great backdrop for the one soft element: the fountains. By establishing this backdrop of harsh cement, granite, and steel, the splendour of the fountains is ampliefied tremendously,

Six small trees were recently planted, along the south edge of the Square, which I was afraid might excessively soften the wonderful hard industrial raw ``edge'' defined by the steel light stands. However, the trees are not so excessive as to take away from the urban feel of the place or shed too many leaves into the fountains.

(Notice the three rows of ten nozzles under the stainless steel grille that's installed flush with the granite surface of the urbeach.) 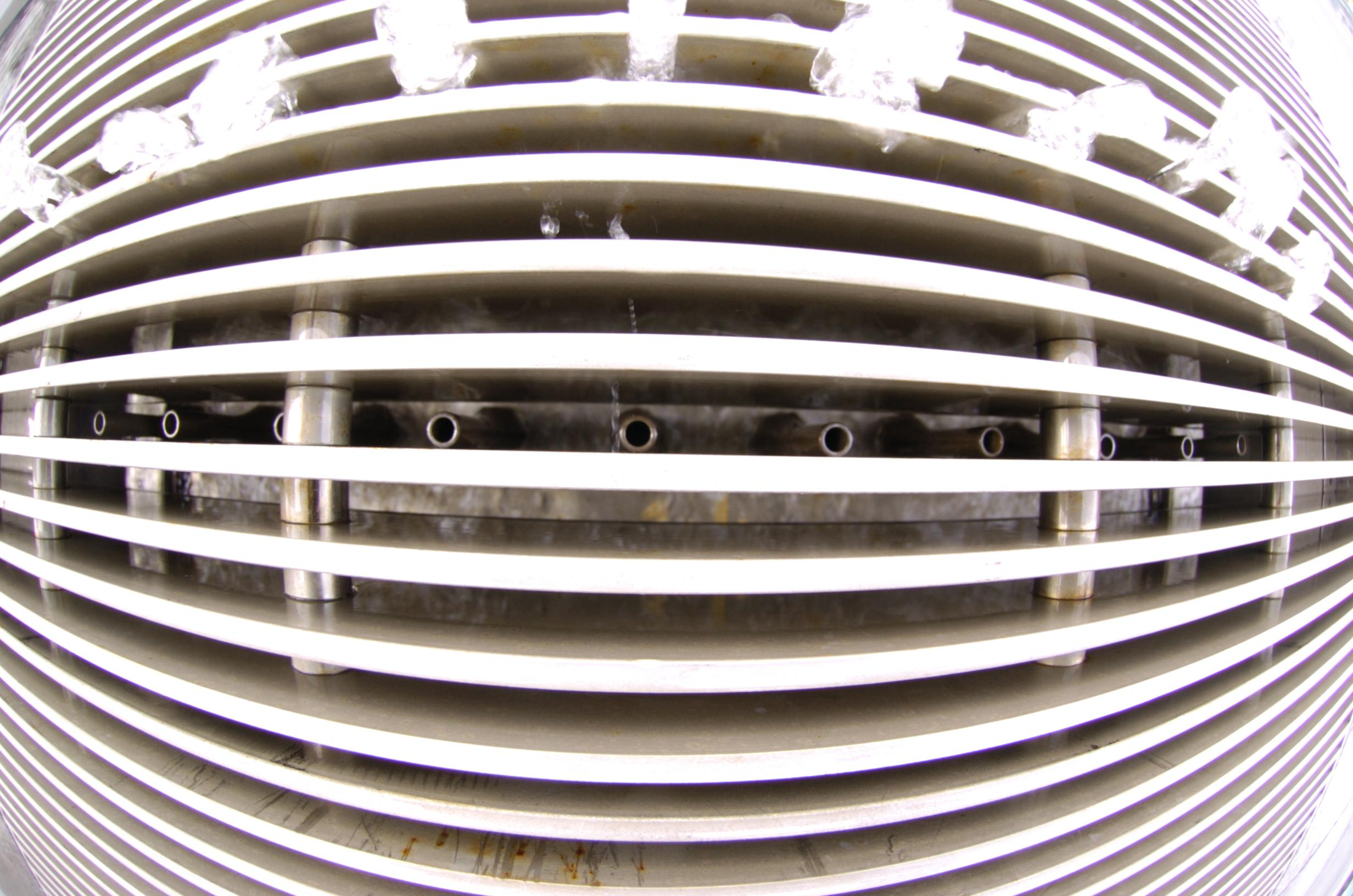 Raised surface, is like the raised floor in a computer room; there is a space under the tiles for the waterplay equipment:

My daughter really likes the spray, when it's at its lowest point, and then jumps back as it rises. The sinusoidally varying rise and fall (period approx. 10 seconds) creates a wonderful teasing enticement to come toward the water, and then be driven away, etc.:

An urbeach is a playful place in the inner city where you can wear beach attire and splash around without being in violation of any laws or standards of appropriateness.

(multiple exposure, six exposures, made with the lightvectoring algorithm)

This is probably Canada's best example of urbeachism in urban architecture.

Open space away from tall buildings or trees. Extends the months of summer into September and part of October (by which time an ocean or lake beach would be too cold).

Dark granite slabs with nonslip surface (not slippery when wet) cover most of the one-acre urbeach space. The urbeach is free of clutter. The open space allows natural sunlight to warm the granite surface, without being shaded by buildings or trees. The raw granite, heated by the unshaded sun, together with cool refreshing water, is a wonderful juxtaposition of opposites.

Capacity of the urbeach is up to 12,000 people (with street closure).

A sculptural hypotenuse canopy extends from the intersection of Yonge Street and Dundas Street, and runs at an angle closer to Dundas than Yonge. It is conveniently located to the north of the urbeach, so that it does not cast shadows or rob the beach of natural sunlight. Washrooms/changerooms, downstairs in level P1 (part of the 250-space underground parking), are accessed from the Dundas Street side of the hypotenuse.

Three curved lighting masts along the south edge of the urbeach create evening light that comes from approximately the same directions as natural sunlight does during the day (i.e. from varous southerly directions).

Six hundred splash fountains, arranged in two rows of ten grilles (30 ground nozzles in each one) form the main centerpiece of the urbeach. They are computer controlled so that they operate in unison to go up and down in a sinusoidally time-varrying fashion. This beautifully simulates the pounding of beach surf.

Each nozzle (jet) has an orifice that is 1/4 inch in diameter, and delivers 2.65 GPM (Gallons Per Minute) at 3 foot spray height, and 4.36 GPM at maximum (8 foot) spray height. Spacing between nozzles (jets) is 2 inches, for a total body width of 18 inches, which is ideal for spanning most human body sizes, including large adults. Thus the size of the wall of water is approximately 1.5 feet wide by 8 feet tall, which more than adequately covers the largest and tallest of bathers.

Hard Rock on the Beach

Q107 Classic Rock on the Beach:

The wave patterns from the fountains are made with custom jets, fitted with fibre optic lighting to ensure the safety of users (indirect electrical connections).

Christina and I often play "peekaboo" as the water rises and falls, successively obscurring and allowing vision across the wall of water:

(People gather to watch and listen to the pounding surf. It's a great place to sit and talk, or read a book, amid the soothing sounds and spray of the splash fountains.)

Splashing around in the fountains, 2004 October 9th

Today, the wind is blowing the fountains, making each one into a beautiful cascading waterfall:

The washrooms/changerooms look like they're right out of a 5-star hotel of the future.

It is very unusual to see such clean state-of-the-art washrooms in an underground parking area.

The futuristic architecture is achieved through a nice juxtaposition of industrial concrete, glass brick, some high quality black marble, and stainless steel structural supports. The use of sensor operated sinks, toilets, urinals, and hand dryers adds to the modern aesthetic and functionality.

Windows all the way around the outside of the washrooms have lights behind them, to create the illusion of extensive natural light, even though the washrooms are underground. The windows are made of glass brick, permanently cemented in place. Lighting is installed in service tunnels that run around the outside of the washrooms. This provides optimum safety from electrical shock (keeping the lights outside the washrooms), hygiene (no cracks or openings), security (no way for vandals to access the light bulbs), and aesthetics (clean architectural lines that maintain a continuity of the raw industrial urban aesthetic).

2004 October 10th: Sometimes people jump over the fountains, instead of running through them, as I like to do (hydrophobia, fear of getting wet???)

The f(o)untains came back on in mid April.

June 2005, Christina was playing in the water again:

2006 October 28th, I took Christina to Active, and she kept hounding me to take her to Dundas Square where there was some body painting. The fountains were still running.

With the temporary closing of Yonge Street, capacity of Dundas Square is increased...

Chris Aimone on the bass-hydraulophone:

Another hydraulophone, built into a wading pool, includes an effects pedal (with hydraulic action):